A warning for crypto investors

Only a week ago, Bitcoin hit an all-time high of nearly $67,000. But investors have been dumping the world’s most valuable cryptocurrency in favor of the new kid — or rather, new dog — in town: shiba inu.

The price of one bitcoin fell more than 5% Wednesday and was trading around $59,000, 12% below last week’s record levels. For any other asset, like a stock or bond, a drop that steep in such a short time would be considered a market correction.
For bitcoin, it’s just business as usual. Crypto investors have come to accept that bitcoin is volatile.
Despite more than 13,000 cryptocurrencies — ranging from dogecoin and shiba inu to more obscure tokens with even goofier names, such as Elon’s Marvin, Dogelon Mars, Baby Floki Billionaire and Kitty Inu…(because cat lovers own crypto too) — bitcoin remains the dominant digital currency. 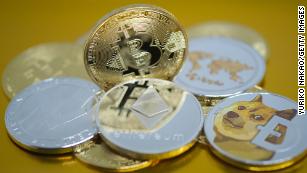 Bitcoin? Ethereum? Dogecoin? Your guide to the biggest names in crypto
The total number of bitcoins now in circulation have a market value of $1.1 trillion. That’s nearly half of the size of the entire crypto market, which is valued at $2.47 trillion.
Ethereum, sort of the Pepsi to bitcoin’s Coke, is worth about $475 billion. All the other cryptos are worth significantly less than bitcoin and ether.
Enter your email to receive CNN’s nightcap newsletter.
close dialoge.
That probably won’t change anytime soon, especially with the advent of bitcoin exchange-traded funds. The ProShares Bitcoin Strategy ETF began trading last week, followed shortly by the debut of Valkyrie Bitcoin Strategy ETF.
The ProShares ETF already already has more than $1.2 billion in assets under management. The new found popularity of bitcoin ETFs, which track bitcoin futures and do not give individual investors ownership of actual bitcoins, should push the price of bitcoin even higher over the long haul. 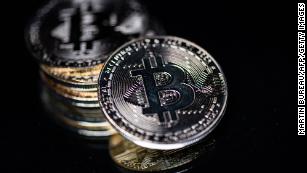 Crypto 101
Some crypto experts argue that bitcoin prices could hit $100,000 by the end of this year or in early 2022. In addition to more average investors buying bitcoin ETFs, several top institutional investors, such as Paul Tudor Jones and George Soros, have been buying bitcoin, too.
Other bitcoin evangelists are predicting even loftier price targets. Venture capitalist Tim Draper has said that bitcoin could top $250,000 by the end of next year.
But there are signs that some traders may be souring on bitcoin and other cryptos. An asset price can’t go up this sharply indefinitely. And bitcoin prices, even after this week’s drop, have still more than doubled this year.
Brokerage firm Robinhood said in its latest earnings report Tuesday that “crypto activity declined from record highs in the prior quarter…and lower revenue in the third quarter of 2021 compared with the second quarter of 2021.” 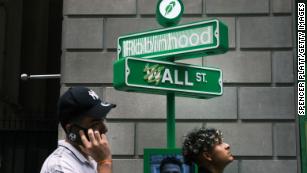 Deeper corrections and bear markets are inevitable. The big swings in bitcoin prices during the past few days may be just the beginning.
“We do expect bitcoin to hit $100,000 in the future — but not this year, as we expect volatility to continue into early 2022,” said Gavin Smith, CEO of Panxora, a cryptocurrency investment consortium, in an email.
“Bitcoin is still an emerging asset class subject to very high volatility and investors should approach it with caution. Care should be taken and any investment should be considered speculative,” Smith added.
Share
Facebook
Twitter
Pinterest
WhatsApp

Stay in the Loop

Get the daily email from CryptoNews that makes reading the news actually enjoyable. Join our mailing list to stay in the loop to stay informed, for free.

The Best Facility Of Bitcoin And The Three Action

Spending Bitcoins- Where and How To Spend Bitcoins Online?

EOS vs. Ethereum: Which one is the Best Investment in UAE?

How and Where to buy Shiba INU Token Shib Coin

Crypto storm is coming. Here’s what that means

Spending Bitcoins- Where and How To Spend Bitcoins Online?

EOS vs. Ethereum: Which one is the Best Investment in UAE?

How & Where to Buy DJED Crypto Coin – Stablecoin Price...

ABOUT US
Get the best news for crypto and buying guides to increase your profits.
Contact us: info@robomed.io
FOLLOW US
©